In 2009 Alexander Sobolev established “Obereg” Charity (translated as “a protective amulet”), the foundation to provide help for women who appeared to be in a difficult life situation.

They say great findings can be discovered by mistake sometimes. Following the same pattern one can say that many great deeds changing the world can start unintentionally. Whether it was by chance or not, but 13 years ago the wife of businessman Alexander Sobolev from Irkutsk shared a hospital room with a woman who was going to give up her newborn baby. Alexander rented an apartment for the complete stranger and the new mother changed her mind and left the delivery ward holding her baby.  It appeared it was just a matter of a rented apartment to change the fate of a little human completely. But how many new mothers and such babies are there in Irkutsk alone? Will there be enough of such apartments? In 2009 Alexander Sobolev founded “Obereg” Charity Foundation for women who were dealing with challenging situations. Since that time a lot has been dealt with starting from a rented apartment and on to a building of over 1,000 sq.m. (provided by the city) with hundreds of saved lives.

The house where they welcome women enduring hard times has 17 bedrooms, a dining room, a laundry room and other facilities. “The average number” of mothers who live in the house at the same time is 25, which means you can at least double it to get the total amount of dwellers (though there was that one time when a woman with ten children stayed in the house). Unexpectedly, the pandemic period and following limitations caused the decrease in this number. Family members didn’t stop fighting, it was probably the result of a two-week quarantine necessary for getting a place in the house. Currently there are 15 mothers with children living in “Obereg”. The Foundation is one of the largest Russian non-profits of the kind. 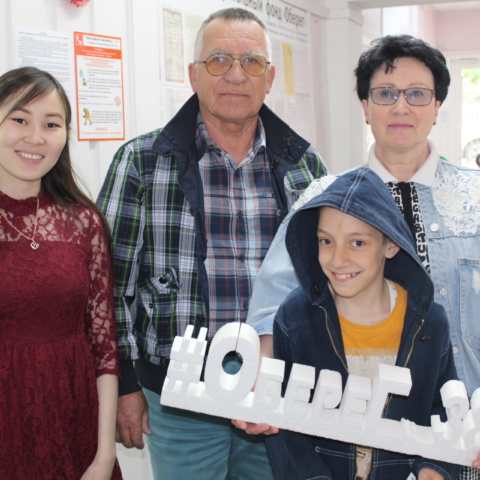 Protecting for the most vulnerable