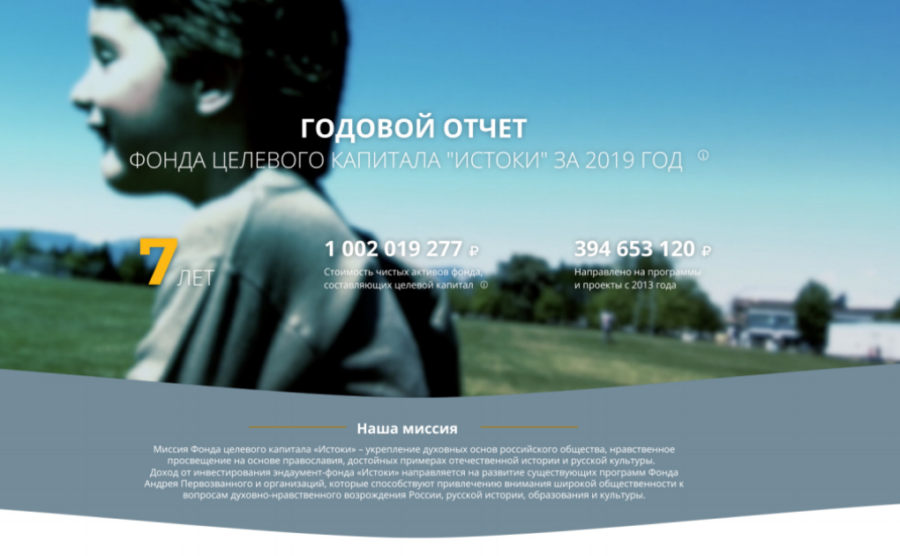 The 2019 Report by “ISTOKI” Endowment Fund was acknowledged to be “the best report from an organization that functions in the field of culture, arts, preservation of cultural and historical heritage, journalism, recreations and leisure”. The Contest’s representatives announced this on their social media page. In addition, earlier the Fund’s report received “The Golden Standard” Award and was called “the benchmark report that contains complete information presented in a creative way”.

“The Starting Point” Contest is held by the Donors Forum jointly with Agency for Social Information, with support from the Ministry for Economic Development of the Russian Federation and the Presidential Grants Fund. About 300 non-profit organizations took part in “The Starting Point” Contest this year. “ISTOKI” Endowment Fund was awarded the status of “The Golden Standard” for public reporting for the second year in a row 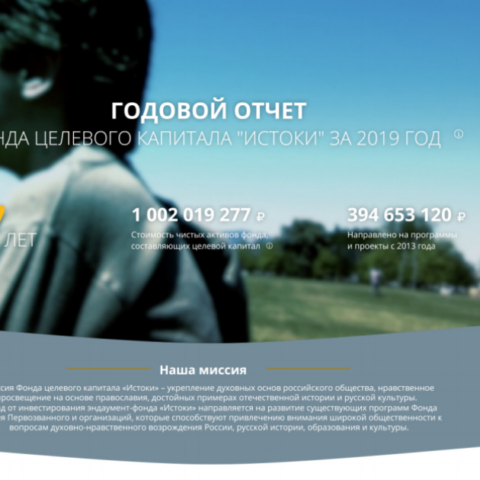 The annual report of “Istoki” Fund acknowledged to be the best